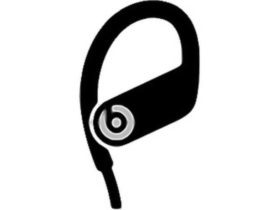 Update: It looks like the announcement is confirmed as there will be some Xbox Series X related news embargoed from Monday (April 13), according to the latest episode of IGN Unlocked video that you can check below at 1:14:00 minutes:

Original: While Sony is still struggling to show what it’s Playstation 5 will be capable of, it seems that Phil Spencer is determined to hit the home run soon. In any case, the insider shinobi0602, who has already proven himself in the past for valid leaks, has just dropped a small hint on the ResetEra forums, indicating that soon there will big game announcements for Xbox Series X.

It is on the topic of Xbox Game Studios, after more than 2,400 messages left in 3 weeks, the insider hinted “Oh you won’t be disappointed” to a user who complained about having “cartoon” games type in reference to Obsidian Entertainment’s Grounded. Everything could have ended there, except that shinobi602 again left a message that provides some clarification and above all suggests that he could have seen or heard things that we do not yet know:

“It’s not my place to give details, and my username would be plastered on sites come morning if I did lol. So I won’t. But you won’t have to wait too much longer, really. I’m incredibly excited at what’s coming from Xbox… Gorgeous fantasy worlds, reboots, big sci-fi… Should be a lot of fun.”

Beyond the fact that his nickname may well appear everywhere on the sites, we imagine that certain terms refer to Halo Infinite, and perhaps even the return of Fable 4. As for the “reboots”, we hope that Microsoft will surprise us with the return of emblematic franchises. It remains to be seen when all this will be presented, even if shinobi602 suggests that we do not have to wait much longer, well only time will tell.

It is rumored that starting next Monday, April 13, these projects for Xbox Series X would begin to be revealed after the end of the embargo period. All this information has enough credibility when you say that Microsoft has to plan all the announcements with its own events and we know that there are numerous games in development but still nothing is known about it.