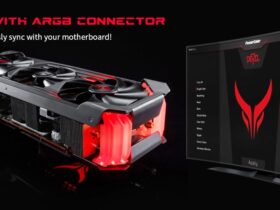 The Last of Us Part 2 Director, Neil Druckmann, has recently stated that Sony is working hard to release The Last of Us Part 2 as soon as possible in the market. Today, a new leak from Amazon Italy suggests that the game of Naughty Dog could release on June 26, 2020, the same date suggested for the launch of Ghost of Tsushima.

Recently, Amazon Italy has mentioned that the official release date of The Last Of Us 2 as 26 June 2020. This is the same date scheduled for the release of Sucker Punch Productions title, Ghost of Tsushima. You can check the leaked image of the retailer displaying the release date of the game of Naughty Dog at the top of this page.

The Last of Us 2 is one of the most anticipated games of 2020 and for good reason. The first part scored with critics as well as fans with its emotional story, demanding gameplay and a fantastic backdrop. Therefore, fans are demanding an early release of the successor in order to be able to plunge into another bloody adventure.

However, we would like to mention that the leaks from retail outlets are not so reliable since they use a placeholder release date but quite often a few of those become accurate and with the coronavirus mayhem worldwide, many people are looking forward to good news like this one.

We would also like you to note that Naughty Dog has not made any official confirmation about the title’s release, but still, Neil Druckmann wants to get the game out to the people as soon as possible, according to his recent Tweet. With his presence on Twitter, Neil Druckmann confirms that Sony and Naughty Dog have not yet given up their upcoming release of The Last of Us 2 and are doing everything possible to give as many fans as possible the chance to play the survival horror title. In any case, like all other rumors, take this with a pinch of salt.