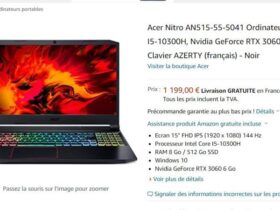 As you all know very well, The Last of Us 2 will no longer be released in late May as previously announced, as the game has been delayed to a later date due to the coronavirus pandemic.

On April 8, Troy Baker – Joel’s voice actor in the game of Naughty Dog – anticipated that he had great news on the way. At the moment there is still no good news, although a tweet from the game director Neil Druckmann could give another sigh of relief.

In fact, in addition to sharing a truly amazing fan trailer, Druckmann has confirmed that he is working hard with Sony to be able to make us play the title as soon as possible. You can check the tweet below along with the fan-made trailer of the game praised by the director:

😳 This fan trailer is so damn good, had to come back to twitter to share. (We’re still working hard with Sony to get you the game as soon as possible.) Now returning to my social media cleanse. ❤️ https://t.co/ppnGvT7tES

The fan uses the previously revealed scenes in a great way, but combines them in such a way to create a small story – it is wonderfully done. Appropriate editing is the key to success here, but it is not surprising that Druckmann posted material on Twitter.

In any case, this could mean that it won’t be long before we can finally get our hands on the new adventure of Ellie. We just have to wait confidently (and hopefully) for a new release date.

We also recall the reasons why The Last of Us 2 will not be released only digitally, given that the main reason for the delay would be linked to logistical problems for physical copies, especially regarding the production and distribution of the game in the various countries of the world.

In recent news, the plot of the game was reportedly leaked that revolves around LGBTQ persecution. On the other hand, some gameplay clips of the title were also leaked online.

The Last of Us 2 is in any case scheduled on a date to be destined exclusively on the PlayStation 4 console.