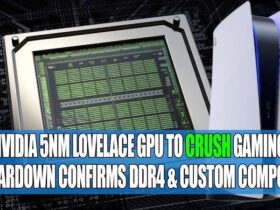 One of the most painful news in the industry of video games so far this year is the indefinite delay of The Last of Us 2, the expected sequel to the best game of the past decade according to Metacritic. The return of the adventures of Ellie and Joel was set for May 29, but Naughty Dog and Sony have delayed the PS4 game without giving a specific release date.

The hopes of the fans to get more news of the game are still alive. And it is that Troy Baker, motion capture actor who played Joel in The Last of Us 2 (he also participated in games like Death Stranding or Batman Arkham Asylum) has published an enigmatic tweet on his personal Twitter account.

This may not refer to the PS4 title, as the actor has other projects in mind and participates in areas of musical culture. The proximity of this tweet to the delay of the game and the controversy of the fans by the announcement of Sony could focus this message towards the AAA game of Naughty Dog. ”Some big news coming soon. Stay tuned,” were the actor’s statements.

It is hoped that this refers to The Last of Us 2, and that Sony could soon give a release date for the sequel to the PS4 game. After the delay, Naughty Dog assured that they do not know what decision to make regarding the launch of the game in digital format on May 29 and delay its version in physical format, due to logistics problems due to the COVID-19 crisis.

Another clue is that Troy Baker’s tweet refers to news and more details related to The Last of Us 2, in a playable matter or new information about the game. Some of the roles that the American actor has played are Higgs Monaghan, the villain of Death Stranding, Joel in both games of The Last of Us, Magni in God of War or Sam Drake in Uncharted The Lost Legacy of PS4.

In recent news, the plot of the game was reportedly leaked that revolves around LGBTQ persecution. On the other hand, some gameplay clips of the title were also leaked online.

We will be waiting for possible news of The Last of Us 2 by Sony or Naughty Dog, so that soon we can enjoy an extraordinary adventure on PS4, and maybe on PS5.