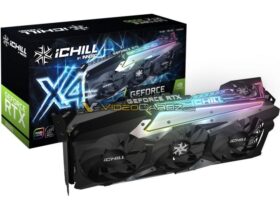 Less than a month after launch, many are wondering if Resident Evil 3 Remake, Capcom’s latest game, will receive a DLC sooner or later. Today, according to a known insider, Resident Evil 3 may not receive DLC, and M-Two would be working on another larger Capcom Remake.

At the moment, we do not have official confirmation or denial on the arrival of additional content for this title, and to talk about it was the well-known insider AestethicGamer, who is also known as Dusk Golem. According to what he reported on his Twitter profile, a Resident Evil 3 DLC is very unlikely, since he finds it “incredibly unlikely” because he assures that work stopped on the title some time ago. Despite this, the Resident Evil Resistance multiplayer mode will receive updates.

Everyone keeps on asking me about RE3 DLC.

The honest answer is – I don't know. That said, I find it incredibly unlikely as to my knowledge work stopped on RE3 some time ago. M-Two are already working on another game.

Resistance has some updates coming up if interested in that.

The other main information coming from this Insider concerns the future projects of M-Two, a studio that helped Capcom in the remake of the 1999 game. A few weeks ago we learned that the team was at the work on another remake for the Japanese house, and Dusk Golem has confirmed the rumor appeared on the net.

It therefore seems that Capcom and M-Two are already planning the return of a game from a franchise, which we have not yet known: the company recently conducted a survey to find out if fans would buy a new remake of another chapter of Resident Evil, and it’s possible that the two are related. In addition, this new Capcom Remake is soon going to be announced, according to the Insider.

You'll find out very soon, though I think it's a bad time for it to be revealed and it's still something like two years out from release.

Resident Evil 3 is available on PC, PS4 and Xbox One. Have you checked out the Beachboy Nemesis mod available for the game?