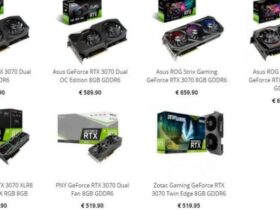 Through a real-time tech demo on PlayStation 5, Epic Games announced Unreal Engine 5, the graphics engine that will accompany the next generation of consoles and video games. The video was shown during the livestream by Geoff Keighley for the Summer Game Fest, the virtual event created to replace E3 in Los Angeles, canceled due to the coronavirus pandemic.

Thanks to Nanite technology, the new engine supports polygons composed of millions of triangles each, with textures that, thanks to virtual texturing, reach an 8K resolution. During the tech demo, called “Lumen in the Land of Nanite”, Epic Games explained each frame can contain up to a billion triangles.

This ability of the graphics engine allows you to create structures rich in details, such as the rocks present in the initial part of the demo or the statues that the protagonist finds inside the temple, each imported directly from the ZBrush computer graphics program and composed of 33 million polygons. The engine systems like Chaos physics and destruction, however, manage elements such as the fall of the rocks or the movement of the scarf worn by the protagonist of the demo.

Another trump card of the Unreal Engine 5 is Lumen technology, which allows you to manage light and refraction in real-time. Epic Games explained that the light sources can be managed in total freedom by the developers, adapting them to the various gameplay needs.

Lumen can work in conjunction with Lumen, a system that can manage particles, now able to communicate with each other. With Convolution Reverb, on the other hand, the graphics engine measures the reverberation of the sound as in reality, allowing to obtain realistic results such as the echo of the rock that landslides audible in the tech demo.

Unreal Engine 5 will release in 2021 and it will support PlayStation 5, Xbox Series X, PlayStation 4, Xbox One, PC, Mac, and the iOS and Android mobile devices.

You can check the tech demo of Unreal Engine 5 below.