The real-time strategy title of GS2 Games, Ancestors Legacy, was recently listed on Amazon Japan for Nintendo Switch, which appeared to be a first indication of the title’s arrival on the hybrid platform.

Although we have not yet received an official announcement, it seems that the evidence is only growing. This time Amazon.com and the retailer Deep Discount have also added a listing of Ancestors Legacy for Nintendo Switch, which increases the chances of it being a leak and not a mistake.

The title is listed for a release on May 19, although we will have to wait for an official confirmation to know for sure. You can watch a trailer of the game for PlayStation 4 below: 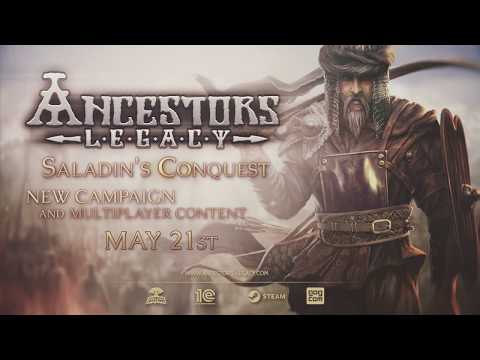 Ancestors Legacy is a real-time strategy game inspired by history influenced by historical events in the Middle Ages. The game combines resource management and the construction of bases with large-scale battles based on squadrons on vast battlefields, all represented in great detail thanks to Unreal Engine 4 technology. It allows you to experience medieval bloodshed like never before, Thanks to the cinematic action camera that puts you in the middle of the battle with the press of a button. Now, Amazon Japan has listed Ancestors Legacy for Nintendo Switch.

The physical release is apparently being published by GS2 Games in North America. The listings can still be found on the website above, in any case, if there will be more information, we will keep you updated about it.