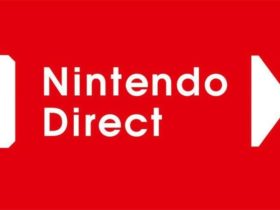 Assassin’s Creed Ragnarok leaks have been going on for months and a new but very strong one has revealed a lot of information about its possible release date, when it will be announced and some mechanics that the game will bring.

As always leaks and rumors should be treated with a pinch of salt so all this information can be 50% or 100% false since nothing has been officially announced and much less the name of the game for example. Ubisoft has always been listed as one of the publishers that has more leaks and rumors but unfortunately, almost all are not true.

Part of the story has also been revealed but I will not comment here but you can read it from the Reddit forum at your own risk. What is said is that the game will have a system to play the story cooperatively, something very similar to games like The Division 2 or the Ghost Recon Wildlands itself. RPG mechanics will be present and stealth will be very necessary, we will be fighting something similar to the traditional game “Assassin’s against the Templars”.

Much other information as I have commented earlier is in the original publication, this is something unofficial, so we only have to wait for the moment when Ubisoft presents the new title of Assassin’s Creed.