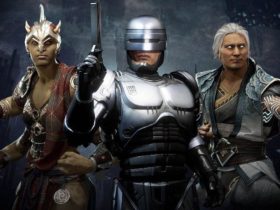 Although the revelation of Xbox Series X generated a lot of surprise and emotion among the fans, those who hoped to be able to put their hands on exclusive games for the console at its launch diluted that emotion a bit, since Xbox Game Studios announced that the first would also be available on Xbox One. The picture seems to be a bit different for Sony and its PlayStation 5, as they ensure that its launch will be accompanied by several exclusive titles that will not reach PlayStation 4.

We know this thanks to a year-end edition of Kotaku Splitscreen, in which renowned journalist Jason Schreier talked about the information he has heard for the next-generation consoles. According to Schreier, PlayStation 5 will have some launch titles and they will be exclusive, since they will only run on PlayStation 5.

“I’ve heard some of the PS5 launch titles–I won’t say them yet because I’m probably going to do some sort of report on this stuff in the future–but those will be PS5 only,” said the journalist.

The above speaks of the different proposal that Sony has with its console, because, while Microsoft will focus on making available an immense amount of backward compatible games through Xbox Game Pass, PlayStation 5 prepares new experiences, such as the recently announced Godfall that can only play on the Sony console and PC. This means that it will not be the only one and that there are still unannounced projects.

Also, there is a game in development by BluePoint Games. It is not yet revealed what it is about or when it will arrive, but it is expected that we will know it along with the revelation of PlayStation 5, as one of the games that will make up its initial alignment.

Although the statements come from a recognized member of the industry, we recommend you not to take them as a fact, as there is always the probability that the information is inaccurate.

What is your opinion on this? Did you expect from before that Sony accompanied the debut of PlayStation 5 with exclusives? With what franchises do you think the company will open the next generation?

PlayStation 5 will be available this year during the holiday season.