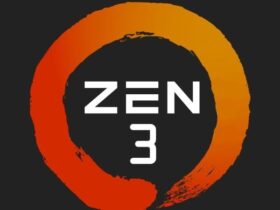 According to reports, Huawei has announced that the feedback for the Huawei Mate X folding smartphone would have been important in China, the only market where it is available. The Asian giant would, in fact, be selling 100 thousand units or 100,000 units of the device per month.

The announcement came after a few days that of Samsung. During the CES, the Korean company confirmed that it had sold more than 400 thousand Galaxy Fold smartphones internationally: the CEO DJ Koh, in fact, revealed to those present at the Nevada fair that the sales estimates speak between 400 and 500 thousand units sold internationally.

Despite the general skepticism, and the high prices (Huawei Mate X in China is sold for $2,400), the feedback for folding smartphones is becoming important and its new technology is slowly entering the community.

Huawei Mate X was presented by the same company at the Mobile World Congress 2019, and was expected to hit stores in July of the same year. The company, however, preferred to take extra time to refine and improve the folding screen, probably also driven by what happened to Samsung with the Galaxy Fold, whose launch was delayed due to the film and hinge problems found on some test units given to the press.

The smartphone market is renewing itself, but at what price? Folding smartphones are finally a reality and Samsung Galaxy Fold has certainly shown how this road, considered utopia until a few years ago, is really feasible and can give life to interesting smartphone/tablet hybrids, which according to many are the future of telephony.