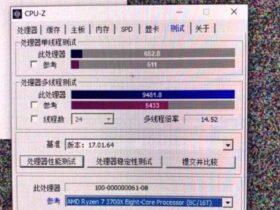 Even if the time has not yet come for the official announcement, it seems that the good Epic Games Store has made another “mistake” by previewing the free video game of this week, none other than Borderlands: The Handsome Collection.

As you all know very well, Epic Games Store offers a video game free of charge on its official Store every Thursday. Last week the store gave away Civilization VI, which can still be downloaded for free by today 28 May. Today, it seems that the title in question that is going to be free is Borderlands: The Handsome Collection.

On the official Twitter account, Epic Games has in fact published in advance the announcement of the free game that, in all probability, will take place today. The Tweet, now deleted, announced its willingness to download the game for free by June 4th.

and Epic Games just deleted the tweet ad, which I anticipated so here's video proof of the ad pic.twitter.com/JSwWus0HTz

If this leak turns out to be a reality, it would confirm the rumors of the past few weeks that pre-announced the next free video games on the Epic Games Store. According to an image recovered directly from the database of the online store, in fact, it claimed, on May 16, that the next free titles would be Civilization VI, as actually happened, Borderlands: The Handsome Collection for today and Ark: Survival Evolved on June 4.

We just have to wait a couple of hours to get our hands on the game.