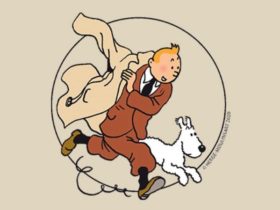 The Adventures of Tintin Officially Announced for PC, Consoles

The developer Ebb Software recently announced the game Scorn on the Inside Xbox dedicated to the Xbox Series X and if you want to play it on a console, you can only do it on the next-gen console that Microsoft has developed. Recently, the director of Scorn spoke about the reason why the game will come to Xbox Series X and not PS5, which is related to its PC version.

Scorn was announced for the Xbox Series X and PC, making it an exclusive Xbox Series X title when it comes to consoles, something that is related to the great power of the console. Currently, the power of the PlayStation or Xbox is often considered based on how close or far they are to PC standards for high-quality gaming.

During an interview with Gamingbolt, the director of Scorn, Ljubomir Peklar, revealed the reason that motivated Ebb Software to think only of Xbox Series X and PC for the launch.

In that sense, the creative pointed out that if the horror game inspired by the work of HR Giger will be on the Microsoft console, it is because it will be on par with what its PC version shows: “It’s very simple. Good performance of the game is important to us. Xbox Series X is a very capable hardware that enables parity with the PC version of the game. We can’t discuss any info regarding PlayStation.”

On the other hand, Peklar took the opportunity to talk about Scorn’s expected performance on Xbox Series X and assured that the game will run in 4K resolution at 60 frames per second, and when asked about the PS5, the director said only that he cannot comment on the Sony console.

What do you think about it? Let us know about your opinions in the comments below.