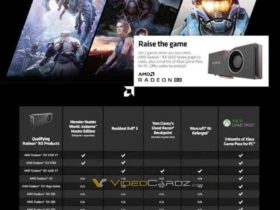 NetEase Games recently announced a brand new game for the mobile platform called Code: T. According to analyst Daniel Ahmad of Niko Partners, the theme of the game will be similar to Cyberpunk 2077.

You may not know it, but most mobile games today are inspired by PC games, sometimes similar to what is known as “clone.” NetEase Games’ Code: T seems to be a complete Cyberpunk 2077 rip off. After looking through the trailer and the first images, we can see a lot of similarities with the upcoming title of CD Projekt Red.

However, for the time being, it is too early to conclude that Code: T is the “mobile version” of the blockbuster Cyberpunk 2077 when we can only see a short trailer of the game. Certainly in the near future, NetEase Games will release more information about the context, world, characters, etc of Code: T.

It will be interesting to see how this future game plays on mobile after the blockbuster Cyberpunk 2077 will officially release in September on PS4, Xbox One and PC. Here’s a small description of the game, via NetEase:

Code T: Mysterious hacker attacks NetEase system, unlocks the multi-encrypted file unveiling the chaotic worldview of futuristic city. Crime and darkness are hiding behind the flashing of neon lights. Players will become bounty hunters to maneuver among forces and to make their way to become legend. What kind of adventure are prepared for players? When the access portal opens, the unknown calls.

The revelation of the title was part of the recent NetEase Games 520 conference. Meanwhile, the developer has also released a new game called Project: Ragnarok which is a game inspired by Nordic mythology. Both games look extremely ambitious, although we can expect them to be more different on the mobile platform.

Check the first trailer of the game below.

Below you can see the trailer of Project: Ragnarok –