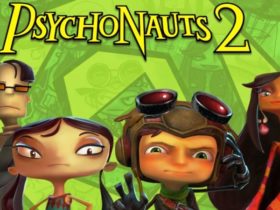 Although it is already known about the technical characteristics of Xbox Series X, there is no official information about the economic model of this console, until now unofficially known as Xbox Series S or Xbox Series Lockhart. Microsoft has not even confirmed this model, but there are clues that suggest that the company is working on it and they are joined by recent statements that suggest that Xbox is not ready to present it yet.

In an atmosphere of so much secrecy, some people have begun to think that Microsoft has already canceled this project, but this is not the case, according to Jez Corden, a member of Windows Central. In an interview for The Xbox Two podcast, Corden said that he spoke to some developers who have confirmed that they are still working with the economic model in mind, which shows that at least the company has not communicated about any cancellations.

As we all know, Microsoft has not yet introduced Lockhart compared to Xbox Series X, which was announced in December last year. There is a reason for this, according to Corden, since the company would be waiting to define its price to finally reveal it. This makes sense, since, not being as powerful as an Xbox Series X or PlayStation 5, its reveal must be accompanied by its most attractive feature: price.

However, Corden called not to take Lockhart’s presentation for granted, warning that the company has already canceled ready-to-present projects, such as the Surface Mini, so plans could change around the economy console.

We would like to urge that all information related to Xbox Series S or Lockhart is unofficial, but apparently Microsoft will bet on offering less power in exchange for saving a few dollars. According to rumors, the economic console will have some improvements over the current generation, but would have 3 times less power than Xbox Series X.

If Lockhart is real, will you buy the Xbox Series X or the budget model? Tell us in the comments below.