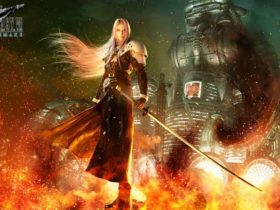 The governing body for the indicative rating of games in Taiwan rated the yet-to-be-announced Crash Bandicoot 4: It’s About Time for PlayStation 4 and Xbox One. The development is in the hands of the producer Toys for Bob, which made Spyro Reignited Trilogy.

The Taiwan Digital Game Rating Committee did it again, as it leaked Crash Bandicoot 4: It’s About Time before the official announcement. Developed by Toys for Bob (developers of Spyro Reignited Trilogy), the title will be released at least for Xbox One and PlayStation 4. No other systems are mentioned in the age rating from Taiwan. Expect to be revealed soon.

The description states the following:

“Crash is relaxing and exploring his island in his time, 1998, when he finds a mysterious mask hidden away in a cave, Lani-Loli. The mask is one of the Quantum Masks and apparently knows Aku-Aku, Crash’s mask friend! With the Quantum Masks returning and a Quantum Rift appearing near our heroes, they decide to bravely head through to different times and dimensions to stop whoever is responsible.”

Yesterday, Activision hinted that it was preparing to announce a new Crash Bandicoot, with some members of the press receiving a 200-piece puzzle that displays a mask (via IGN) shown in a PS4 promotional video released by Sony in November 2019.

The official announcement of Crash Bandicoot 4: It’s About Time should occur soon and with that, we will have more information about the game.

What do you think about it? Let us know about your opinions in the comments below.