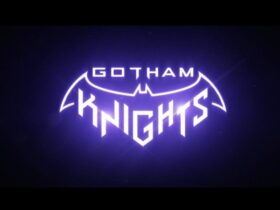 EA Games will tonight announce their future games that will be launched in the coming years and that some fans of Need For Speed are hoping to see something new in the digital event.

Apparently, EA knows that fans of its racing series love the Underground sub-franchise and earlier today launched on Twitter, a small teaser of what we can expect at the conference.

Criterion Games, producer of Need for Speed: Hot Pursuit and Most Wanted is back in the franchise to produce a new game in the series. Likewise, in the audio, it is possible to hear the iconic song of Get Low, by Lil Jon & the East Side Boyz that was present in Need For Speed ​​Underground 2 on Twitter, and several fans have started to speculate that Need for Speed Underground 3 may finally be announced on EA Play Live.

It is worth remembering that Need For Speed ​​Heat was released less than a year ago and this may also indicate that we may have special content from Underground 2 coming to Heat through a thematic DLC.

The Electronic Arts event will take place on June 18 on the official channels of the producer. The EA Play Live was originally scheduled to take place on the 11th of June but due to protests against racism and discrimination that have happened in the world, it was postponed to June 18.

In summary, released in 2003 for PlayStation 2, Xbox, GameCube, and PC, Need for Speed ​​Underground is one of the most loved titles by the audience of the series and from there, fans expect a continuation that is soon to arrive.