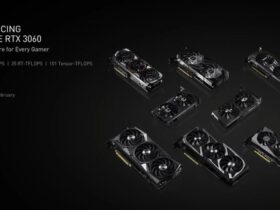 The voice actress Michelle Jenner has posted a tweet in anticipation of tonight’s PS5 event. It adds to the indications that today we will see the announcement of Horizon Zero Dawn 2.

Today can be a big day for fans of video games. PlayStation 5 games will finally be shown tonight in a video in which Sony will invite us to take a look at the Future of Gaming. In the promised 2 hour-long video, and with the two big titles of PlayStation 4 releasing soon – The Last of Us Part II and Ghosts of Tsushima – it seems obvious that Jim Ryan and company have many new things to show.

There is rumors that Spiderman 2, God of War 2, and the very new rumored Silent Hill, could be some of the surprises shown at the PlayStation 5 event. But it seems that the closest one to be announced in the PS5 reveal today will be none other than Horizon: Zero Dawn 2.

On this occasion, the cause of this rumor has been Michelle Jenner, the voice actress in Spain who voiced Aloy, the protagonist of the first game. Specifically, she has responded to a tweet from the official PlayStation Spain account with a simple GIF where she expresses her excitement at seeing the presentation of PlayStation 5 today at 1:00 PM PDT.

Although there are a few hours to confirm our suspicions, Guerrilla Games has not given new details that point to this release. Even Michelle Jenner has tried to calm the hype of the fans by writing a last tweet clarifying that she has no information about what is going to happen tonight.

We do not know if her new response was influenced by Sony itself or if, otherwise, it was at the initiative of the Spanish actress herself. The good thing is that there are hours left to know if the sequel, titled as Horizon: Zero Dawn 2 or something else, is really going to be announced, perhaps as a PlayStation 5 launch game?

Earlier today, Joris de Man, the composer of the first game was also teasing a potential reveal of Horizon: Zero Dawn 2. Do you think we will see the sequel of the game in action tonight? Tell us in the comments below.