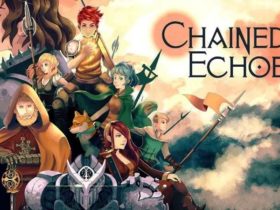 Recently there has been a lot of talk about the possible return of Crysis, the shooter saga developed by Crytek and absent from the scene since 2013. After an unpublished video that hinted at the development of a re-release of the first episode, a tweet from the German software house today would seem to have confirmed the arrival of a remaster of the title or even a totally new Crysis 4.

A few days ago, the company published a video to show the potential of its CryEngine engine, giving an anticipation of what would appear to be a re-release of the first title of Crysis (2007) for PC and next-gen consoles. You can check the video below.

After the publication of this video, numerous rumors clearly emerged about the possible return of a saga that had long remained off the spotlight: after the first episode, the company worked on the development of Crysis 2 (which was released in 2011) and its sequel Crysis 3 (which was launched instead in 2013), but since then the tracks have completely disappeared.

All this could change very soon because today a new tweet, published a few minutes ago by Crytek on the official profile of the game, reads the cryptic message of “Receiving data” and suggests the arrival of new information in the coming days.

Is Crytek working on the return of the first episode for PC, PS5 and Xbox Series X? It cannot be excluded that the company may propose the an entirely new episode of Crysis 4, which will release on new generation platforms. We will probably know more about it in the coming days.

Would you like a remaster of the game or a continuation of the series with Crysis 4? Tell us in the comments below.