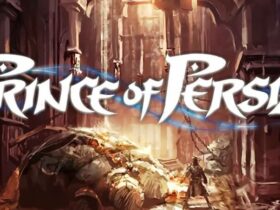 A few days ago the Taiwanese giant ASUS released an announcement regarding the increase in prices for its PC components, from motherboards to graphics cards. Now other companies such as EVGA and ZOTAC have also decided to follow in the footsteps left by ASUS, limiting themselves (for now) to only raising the prices of the NVIDIA GeForce RTX 30 series graphics cards.

Although the latest promises have been to increase stocks of the latest graphics cards from NVIDIA and AMD on the market, as they are now completely sold-out or available at disproportionate costs by individuals and scalpers, one by one several brands are raising the price due to the 25% increase in tariffs on PC hardware imports and labor and component costs. Consequently, there is no choice for companies other than to raise the retail price, as also explained by many media.

In the case of EVGA, the company released the following official statement: “Due to ongoing events, EVGA has made price adjustments on the GeForce RTX 30 Series products. This change was necessary due to several factors and will be effective January 11, 2021. EVGA has worked to reduce and minimize these costs as much as possible. For those who are currently in the EVGA.com Notify Queue system or Step-Up Queue, EVGA will honor the original MSRP pricing through April 16th, 2021 if your purchase position is processed before this date.”

The average increase currently recorded is 8% and, as previously mentioned, only concerns the NVIDIA GeForce RTX 30 series of graphics cards and not the latest AMD Radeon RX 6000.

The same goes for ZOTAC which, although it has not released a press release on social media or via email to its customers, has increased the prices of the same graphics cards directly on its official website. The average rise would be 16%, as calculated by different media through a comparison with the Wayback Machine.

Fortunately, this price increase would appear to be limited to the US market, but a possible increase in the European market is not excluded. Currently, there are no official news or rumors of any kind in this regard, so we just have to wait and observe any changes in online stores.