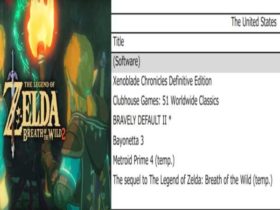 The Legend of Zelda: Breath of the Wild 2 Could Release Next Fiscal Year

The GeForce RTX 3080 and GeForce RTX 3090 video cards, which have already been launched but are difficult to find, should actually be followed by the mid-range model of GeForce RTX 3070 based on the GA104 GPU, which was supposed to release on October 15th. Apparently, however, NVIDIA seems to have delayed the launch of this graphics card, because, as of now, October 29 is mentioned as the new date on the NVIDIA product page.

According to the official announcement from NVIDIA, the RTX 3070 will no longer be available on October 15th this month, as its availability has been now delayed to October 29th.

Production of GeForce RTX 3070 graphics cards are ramping quickly. We’ve heard from many of you that there should be more cards available on launch day. To help make that happen, we are updating the availability date to Thursday, October 29th.

We know this may be disappointing to those eager to purchase a RTX 3070 as soon as possible, however this shift will help our global partners get more graphics cards into the hands of gamers on launch day.