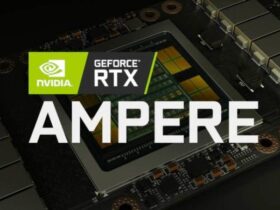 In any case, it seems that AMD still has some plans in store for the RX 5700 XT. In other words, either it was mistaken because of a rumor, or the cards will receive a very significant cut in the price, to remain as a budget solution for those who want some quality of the game in QHD.

So, yesterday we had several rumors pointing to the end of production of the Radeon RX 5700. However, AMD has already come out to deny all claims, saying that these GPUs will stay on the market for a while longer, due to their exceptional performance in 1440p resolution.

“We are continuing to produce the Radeon RX 5700 series graphics cards, which deliver exceptional 1440p gaming experiences,” Tom’s Hardware got an email from AMD as a confirmation. “We will continue to respond to market demand.”

However, at the end of this month, AMD will announce all the news it has in hand for the world of graphics cards. And apparently, you should also take advantage of the situation to significantly get the price of your very popular RX 5700 graphics card at reasonable rates.

However, NVIDIA also decided to delay the launch of its RTX 3070 to 29 October. Something curious, since it is the day after the AMD event.

In short, the end of the October 2020 month will most likely be high-sounding.