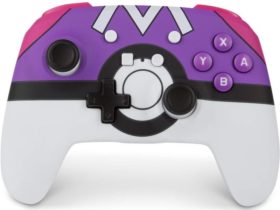 Nvidia recently announced RTX A6000 and the RTX A40 graphics card based on the Ampere architecture. Both the video cards use the full configuration of the GA102 graphics chip, which already drives the GeForce RTX 3080 and RTX 3090. The two professional cards remain in the two-slot format and with a Thermal Design Power (TDP) of 300 watts despite the higher computing power than the RTX 3090.

The Nvidia RTX A6000 is a classic, almost 27 centimeter long 2-slot graphics card with a radial fan that blows the heated air out of the case (direct exhaust of heat with blower). The A40 does not have a fan, but is supposed to use the usually strong airflow in server cases.

Both video cards use the full configuration of the GA102 graphics chip with 84 shader multiprocessors and 10,752 cores – 2 SMs and 256 cores more than the top gaming model, the GeForce RTX 3090. Their TDP is sealed off at 300 watts, which is why they also have a single 8-Pin power connector.

Nvidia didn’t specify any clock rates for the graphics chip in advance, but the possible computing power can be judged. This is usually calculated on the basis of the boost clock, which, however, may not be able to maintained consistently with a tight TDP budget. The figures for the rounded 40 and 38 TFlops should therefore be viewed as rather optimistic, but are still 10% and 5% respectively above the GeForce RTX 3090, which rarely has to throttle below its 1.7 GHz boost with 350 watts.

Both the NVIDIA RTX A6000 & RTX A40 have 48GB memory and they are provided with ECC memory protection. In addition, it is “only” the conventional GDDR6 type, not the new GDDR6X. With GDDR6X, 48GB would currently not be possible due to the lack of 2 GB memory chips. Nvidia equips both cards with the full 384 data lines of the integrated memory controller, but clocks the RAM a little lower on the A40. Two cards at a time can be connected with NVLink (aggregated 112.5 GByte/s). Please see the table below for full specifications. 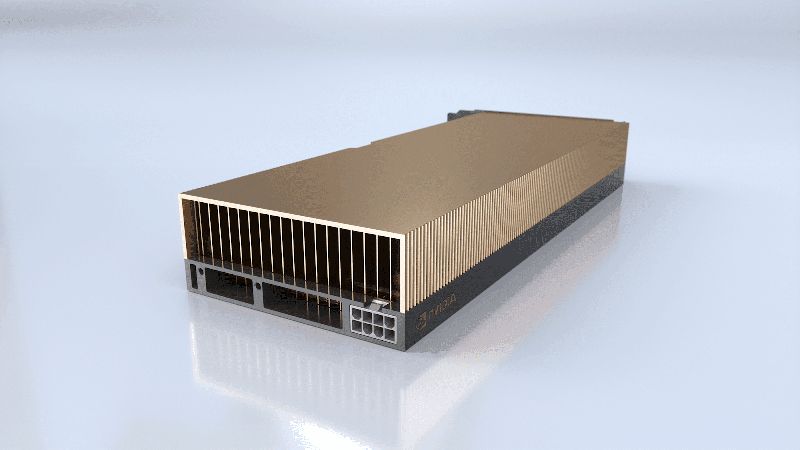 Both cards should also be usable for virtualization – including with Nvidia Grid, the Quadro Virtual Data Center Workstation and the Virtual Compute Server. This enables virtual GPUs with 1, 2, 3, 4, 5, 6, 12, 16, 24, and 48GB to be created. The virtualization only works when the display ports are switched off. On the A40 they are switched off at the factory setting and must first be activated in the software, on the Nvidia RTX A6000 it is the other way around.

Like the Founders Edition of the GeForce RTX 3000, the RTX A6000 also does without the USB-C connection Virtual Link. It connects monitors up to 8K resolution via four DisplayPorts 1.4. At the request of customers who would like to do without the actively ventilated Quadros in data centers, the A40 can be equipped with display outputs. However, as a passively cooled card, it only has three DP 1.4a, so that it can make better use of the airflow in the server housing.

The NVIDIA RTX A6000 should be available from December, while the first OEM systems with the RTX A40 should go on sale in early 2021. Nvidia did not mention prices in advance, but the Quadro RTX 8000 with 48GB and Turing graphics chip currently costs around $5,181 on Amazon.