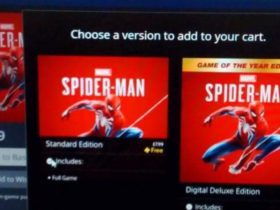 The “Big Navi” Radeon RX 6000 graphics cards should offer a certain memory called AMD Infinity Cache, which we could refer to as the well-known Infinity Fabric, but the question is whether they have something in common. What can this memory be for?

AMD recently registered the trademark for Infinity Cache. The new technology is in tune with Infinity Fabric, a special bus used in AMD Ryzen processors to transfer data between CCX core complexes, the I/O chip in the Zen 2 generation or Vega accelerators. AMD Infinity Cache is expected to be the technology for future Radeon graphics cards.

According to reports, at least the top-end Radeon RX 6000 series graphics card will have a special cache connected to the memory subsystem. The leaks point to a relatively modest 256-bit bus in the Big Navi with a 16GB GDDR6 buffer. In this case, Infinity Cache will smooth out the bandwidth, but it is still unknown how the technology works.

In addition, the YouTuber Coreteks has posted possibly the first image of an AMD Big Navi GPU die. The blurred image shows the package with a large rectangular die in the center, which Coreteks estimates to be 536 mm² in size and 29 mm x 18.5 mm in size. You can check the video below to see the first picture of the AMD Big Navi GPU die.

According to rumors, the chip uses 80 computational units based on the RDNA2 graphics architecture, a quarter of which are devoted to the needs of accelerating ray tracing.

The presentation of the new generation of AMD Radeon RX 6000 graphics cards is scheduled for October 28.