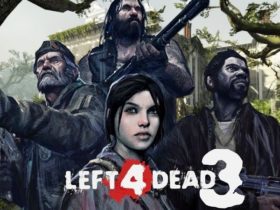 Valve Confirms They Are Not Working on Left 4 Dead 3: “It was essentially a rendering test”

Get comfortable, fasten your seat belts and take your time on the journey to better market conditions to purchase the latest generation video cards of Nvidia, namely RTX 3080 and RTX 3090.

This is the advice that emerges from the recent statements by the CEO of Nvidia aimed at those who are waiting to buy a GeForce RTX 3080 or 3090. Jensen Huang confirmed what was quite clear during the launch phase of the commercialization of the new graphics cards: stocks are low and will remain so until next year.

Huang traces the cause of the shortage of stocks to demand, which is significantly higher than supply. The problems would not concern either the production or the shipment of the products, but with a very high demand that immediately ends with the available units.

We note the position of Nvidia that had already apologized for a launch in which the problems were certainly not lacking and that in the meantime is preparing to distribute the third model of the RTX 30 series, in some respects even more awaited than the RTX 3080 and RTX 3090.

The reference goes to the RTX 3070 which for positioning (officially costs $499 in the FE version) and performance (similar and in some cases higher than those of the RTX 2080 Ti) becomes very coveted. Nvidia has postponed the marketing of the card for a couple of weeks – it will arrive on October 29 – probably to accumulate sufficient stocks to meet the initial demand, but it is not excluded that the move is also motivated by the desire to know how it will move AMD that just the day before will launch the RX 6000 series graphics cards.

The main partners of Nvidia that are involved in selling the RTX 3080 and RTX 3090 indicate dates of the fulfillment of the orders that arrive in several cases at the end of the year. The few pieces available for purchase and the high demand is also driving up the prices of the custom models.

In this scenario, the wisest advice is to wait for the market to recover, without giving in to the speculations of those who are selling the cards at exorbitant prices – the reference is not so much to the official partners, as to those who place them on the market through other channels, eg. eBay). AMD with the new RX 6000 series could help introduce an element of balance in the sector.