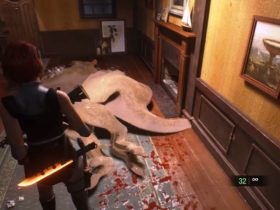 This could be the worst news for MSI, as it has been caught reselling its own GeForce RTX 3080 graphics cards on eBay under the name Starlit Partner. According to the trademark registration, this company belongs to MSI, while the address matches an MSI office.

The biggest problem of all is that the market is suffering from a serious shortage of new Nvidia video cards, and even if this move could be legal, but it is quite controversial since MSI not only would be supplying the market with its GPUs, but it uses the name of another company to sell its GeForce RTX 3080 directly and at exorbitant prices taking advantage of the desperation of the users.

The funniest thing about it is that everything that Starlit Partner sells is from MSI, and practically everything is brand new from the factory. The excuse? “We work closely with the manufacturer,” and the funny thing is, they are literally the manufacturer.

While the GeForce RTX 3080 has a suggested retail price of $699, MSI takes advantage of this to sell them for $1,359, and they have at least sold 4 graphics cards till now. We will have to wait to know if this has an impact or sanction from Nvidia.

Trademark Justia has also confirmed that Stralit is owned by MSI Computer Group.

Just prior to the publication of this material, the company issued its own statement regarding the entire incident. According to them, the company is an independent vendor, but in this case, it had no right to sell these graphics cards. Below, we present the original MSI statement.

Starlit Partner is an individual sales subsidiary working under MSI. They carry excess inventory and Refurbished items and would not be given newly released products such as the Geforce RTX 30 series GPU. As such, we have conducted an investigation and found out that an error allowed them access to inventory they were not permitted to handle.

Starlit Partner has been instructed to contact the individual customers who purchased these GPU and offer 2 options – return the product and receive a full refund, or a partial refund of the amount paid over MSI’s MSRP.

What do you think about this whole situation? Did MSI really not know their company was selling their own products at inflated prices?