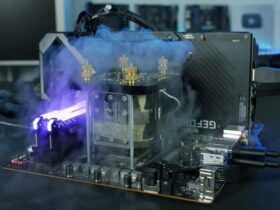 We may have obtained other rumors about the new Google Pixel 4a. It seems that Google Pixel 4a could come out with three new models, including a model with 5G connectivity. In other words, the information that’s been circulating these days says that Google could release a 5G phone before the release of Google Pixel 5.

This information comes directly from the Android code, which being open source is relatively simple to examine. Mid-range 2020 Pixel phones have apparently been mentioned in a new version of the Android Open Source Project (AOSP).

Apparently the credit goes to the Twitter user @akes29, who discovered information about some codenames that he believed were related to the new Pixel 2020 devices. The colleagues of the XDA site analyzed the Android Open Source (AOSP) project, the last dump of the Pixel 4 firmware this month, and have found 3 new codenames of the devices together with the SoC platforms on which, it seems, they can be based.

The three codes discovered are Sunfish, Redfin and Bramble which seem to refer to potential phones, since Google has a habit of using fish names as codenames for new devices.

Sunfish is based on the sm750 chipset (aka Snapdragon 730) a chip usually used for medium-high end phones, and therefore a good candidate for Pixel 4a, the Redfin seems to be developed on sm7250 (aka Snapdragon 765), a chip introduced to the Qualcomm conference in December 2019 as the first SoC with an integrated 5G modem.
This does not mean that the device will certainly be a 5G phone, but that it would be able to interface with 5G technology.

Bramble also appears to be based on the Snapdragon 765 chipset, but there is no evidence that it is manufactured by an original equipment manufacturer (OEM).

These are, for now, only codenames, which as XDA Developers points out to both phones and simple code collections, and therefore not converting to a smartphone, it has already happened in the past, we would not be surprised.

We hope in any case that a version of Google Pixel 5 compatible with 5G will be released this year, but it is quite possible that the phone manufacturer will follow the success of the mid-range Google Pixel 3a, putting a cheap 5G phone on the market.