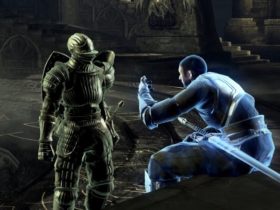 Through the Official PlayStation Magazine UK (June 2020, issue 175), it was confirmed that Titan Comics is creating the Horizon Zero Dawn comic with the developer of the game, Guerrilla Games.

According to the official information from OPM UK, the Issue One of Horizon Zero Dawn comic will release on July 22. The comic will be co-created by the writer Anne Toole, who had worked on the title of PS4. The interior art of the comic will be in the hands of artist Ann Maulina, and the collectible covers (pictured above) will be painted by artist Stanley ‘Artgerm’ Lau.

HZD Comic Story:
According to the details in the magazine, “The story takes place after the events of the game – hunter Talanah is struggling to find purpose in her life now her friend, Aloy, has disappeared. A mysterious threat emerges, and Talanah discovers a new breed of killer machine has evolved. Will Talanah be able to take down the beasts, and what is Aloy’s connection to these events?”

The HZD comic editor, Tolly Mags, has also commented on the story in a very enthusiastic manner: “Fans are going to absolutely love the stories we have to tell of Talanah and Aloy as we expand the Horizon Zero Dawn universe in this new comic series.”

Needless to say, this comic obviously hints about the much-talked Horizon: Zero Dawn 2, a sequel that according to many insiders is already in development at Guerrilla Games and which will be released as an exclusive title on PlayStation 5. Could it be possible that the adventures of Talanah are a prelude to the return to the scenes of the sequel? Anything is possible!

Remember that the Issue One of HZD comic will launch on July 22, 2020 for $3.99/£3.99 and it will also feature alternate covers from artists Loish and Peach Momoko. You can visit the Titan Comics website to order your copy now.