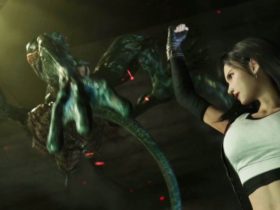 Playground Games, the British studio best known for its excellent title of Forza Horizon, is working for two years, at least, on an action RPG AAA-game in the open world, and all the clues are suggesting that it will be a new Fable or Fable 4 title awaited by a lot of players worldwide.

If the first project on which Playground Games is currently working on is Forza Horizon 5, the studio is also working on another project very different from its first productions. It is indeed an action RPG AAA-title in the open world and the Fable license is often mentioned when talking about this secret project.

Today we learned that the Associate Art Director at Playground Games, Conar Cross, has recently updated his portfolio with some excellent artworks, and possibly related to the new title of Fable 4 in the studio. You can check the artworks shared in the tweet below.

Conar Cross Associate Art Director @ Playground Games updated his latest artwork
If Fable has Witcher 3 like graphics we should expect it to somewhat look like this has teased by @XcloudTimdog @Colteastwood @Dealer_Gaming @Rand_al_Thor_19 pic.twitter.com/59rQuVHohh

As you can see, these new artworks seem to fit perfectly with a game in the world of Fable. In any case, whatever the game would be, by looking at the artworks it will be truly a masterpiece if it becomes a reality. Recall that the official Xbox Twitter profile was also teasing cryptic messages related to Fable in the past few weeks. In any case, it is always good to take these details with due precautions, but it will be interesting to understand if we will already see the titles in action, its only a matter of time when everything will be revealed.

This Thursday on May 7th, Microsoft has officially confirmed a new Inside Xbox to reveal new games for Xbox Series X, so we will possibly have news on the new Fable very soon. What do you think about the artworks? Tell us in the comments below.