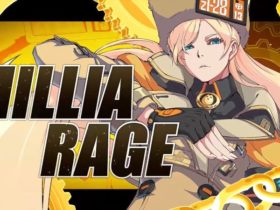 Ubisoft has presented Assassin’s Creed Valhalla with a breathtaking cinematic trailer a few days ago and, now, the players are waiting for nothing but the announcement of the release date of the title.

So, it would not be a surprise to anyone if Assassin’s Creed Valhalla would really release in the same month of October. As we all know that the next episode of Inside Xbox, scheduled for May 7th this week, will showcase the first gameplay trailer of AC: Valhalla, so it could be possible that the release date of the title will be revealed on the same day.

Recall that Assassin’s Creed Valhalla will release on PC (via Epic Games Store and Uplay), PS4, PS5, Xbox Series X, Xbox One, and Google Stadia. It is confirmed that the game will not release on Steam. Also, according to these dates, some clues about the launch date of the next-gen consoles could be also hinted in it.

What do you think about it? Will you be happy to get the latest Assassin’s Creed around October 2020? Tell us in the comments below.