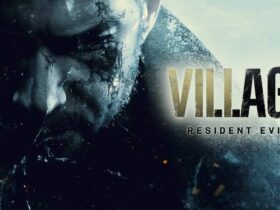 If you have PlayStation Now, you are going to enjoy the games of May 2020. Eagle-eyed users on Reddit have found out that the titles of The Evil Within 2, Rainbow Six: Siege and Get Even will be added to the streaming service of PlayStation Now this month.

Of course, players with an active PlayStation Now subscription can download these games on their PlayStation 4 or they can even stream these titles from any device, including a PC. Although it may not have been a good month, these games, although old, are still excellent.

We would like you to know that these titles have still not be announced by Sony just yet. But in any case, you can already find it in the streaming service and play it via PlayStation Now. Below are short summaries for each of the titles.

Rainbow Six Siege:
Although this game got off to a flying start, Rainbow Six Siege has become an unexpected hit since its launch. Ubisoft is no stranger to taking charge of their games, regardless of how they are launched. When Ubisoft believes in a project, it feeds it with the community to make it something special. For Honor, Ghost Recon: Wildlands and Tom Clancy’s The Division are some examples.

Get Even:
The game, Get Even, is a perfect balance between a walking simulator and a first-person shooter.

As you can see, all of the games in this month’s PlayStation Now update are at the very least decent endeavors. However, these games will be available to anyone who has an active PlayStation Now subscription for three months. These games and the titles added last month make PlayStation Now even more valuable.