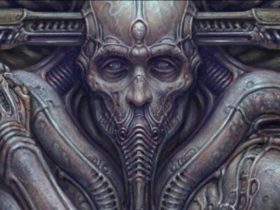 Ubisoft yesterday announced Assassin’s Creed Valhalla and today the French company has just revealed the first cinematic trailer of the title. In addition, it was confirmed that the game will release on PlayStation 4, PlayStation 5, Xbox One, Xbox Series X, Google Stadia, and PC. Additional information about character selection, story details and more are given below.

In Assassin’s Creed Valhalla, players will have a choice of whether to play as a male or female character with the name “Eivor”, and access a variety of equipment options, including the ability to customize hair, tattoos, war paint, and more. Political alliances, battle decisions and dialogue choices influence the world of Assassin’s Creed Valhalla, forcing players to weigh decisions to protect their home and the future of their clan.

Players are lead by Eivor’s clan of Norsemen, driven out of Norway by the endless wars and dwindling resources in the ninth century AD, across the icy North Sea to the rich lands of England’s broken kingdoms. Players will build a new future for their clan as they relive the brutal fighting style of Viking warriors with an updated combat system. Among other things, the combat system allows players to use different weapons in both hands, which is also necessary with a wider variety of enemies than ever before.

To earn necessary wealth and resources, players have the ability to direct raids with their ship in specific locations. The moment the Vikings seem to have found their new home, they encounter resistance from the Saxon kingdoms. Among them is King Aelfred of Wessex, who himself wants to become the sole ruler of a civilized England. Against all odds, Eivor has to do what it takes to keep Valhalla within reach.

After the livestream last night, it was finally announced that the latest game in the Assassin’s Creed franchise will have a subtitle of “Valhalla”. This ensured that the game takes place in the time of Vikings and now we finally get to see the game for the first time.

It was also confirmed that Assassin’s Creed Valhalla will be available on UPLAY+*, which is a subscription service of Ubisoft and you can pre-order the game at this link.