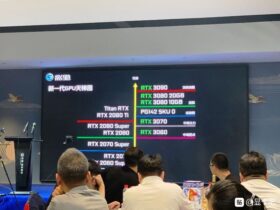 As the title has been officially confirmed for launch, The Last of Us Part 2 will indeed be delivered on two Blu-ray discs. However, what is important is that you will have to reserve a lot of free space on your PS4 console for the installation of the new adventure of Ellie.

The official page dedicated to The Last of Us Part 2 reveals that the digital download of the game will be over 100GB. In other words, you should start preparing to free some space on your PlayStation 4 console, because the title will require a lot of hard drive space.

The news that the physical copies of The Last of Us Part 2 would come with two discs was already known. It is therefore not surprising that the digital version will have large game data files.

It hasn’t been an easy day for Naughty Dog, which has seen several important details of the sequel leaked, a blow to people who have worked on the game over the past few years, and to players who have ended up accessing more information than they would like.

Conversely, Sony finally revealed when The Last of Us Part 2 will hit stores around the world. After being forced to delay the game amid the uncertainties caused by COVID-19, the new launch date was announced and we hope that June 19th will be the definitive release date of the title.

Tags: The Last of Us Part 2 File Size