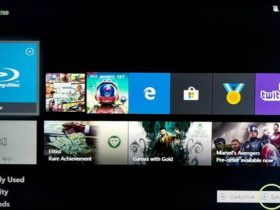 Xbox One Disc Ejecting Update With A Controller Finally Available

Some manufacturers of the graphics card are being overwhelmed by the lack of supplies of GPUs, so they are betting on cutting their offer with fewer models. One such manufacturer is Inno3D who has stated that the two models of the RTX 3060 Ti and the RTX 3070 graphics card have been discontinued.

Although Inno3D confirms that the RTX 3060 Ti and RTX 3070 Twin X2 graphics cards are no longer going to be shipped to retailers, they are not saying that they are really ‘discontinued’, they are simply going to focus on other models that are the most in-demand.

We know that the RTX 3060 will be released in the next few weeks, but this model would not be affected by this decision of Inno3D, so there will be a Twin X2 model with this GPU.

“We have just received a disappointing message from the manufacturer about the ordered Inno3D GeForce RTX 3060 Ti Twin X2 video card. Unfortunately, lnno3D reported this morning that the Twin X2 series of the 3060 and 3070 had been discontinued immediately and the cards will therefore no longer be delivered, they will also will not supply a successor or replacement, given that the demand for the other 3060 cards cannot be met at this time.” The email was sent to Dutch retailer Azerty and was shared by DirtySanchez on the Tweakers site.

As we said at the beginning, these graphics are not going to be permanently discontinued and it seems that Inno3D has put production on hold to focus on other models, such as the OC versions.

The Nvidia GeForce RTX 3060 will launch in the coming weeks with many expectations.