The Nvidia GeForce RTX 3060 graphics card will be launched on February 25 and there are already some retailers who are selling it at exorbitant prices.

We received the information that an official Pakistan-based Palit graphics card dealer (ZAH Computers) is selling the Nvidia GeForce RTX 3060 video cards at a price of $750 (PKR 120,000 – Pakistani Rupees).

Actually, this cannot be done because of NDA agreements, but still, ZAH Computers is openly selling them before the official launch on February 25th. Although NDA agreements are usually strict in the West, in Asia these agreements are more relaxed and retailers tend to sell their products before launch.

The official MSRP price of Nvidia GeForce RTX 3060 is $330, although this price is very difficult for retailers to meet, not even at a price that comes close to it.

The dealer justifies the price of $750 to the high customs duties and import prices, although it is suspected that these are excuses to take advantage of the novelty of these graphics cards. In addition, the price, probably, will remain intact after the launch and will not go down, other than the usual practices in the territory.

The retailer claims to have sold multiple units of Palit’s RTX 3060, which is a mid-range graphics card. With the shortage of stock found throughout Nvidia’s RTX 30 series, it’s no wonder they can sell every unit they’ve ordered.

We expect the Nvidia GeForce RTX 3060 to be a very successful mid-range model for its price/performance value. We will keep you informed. 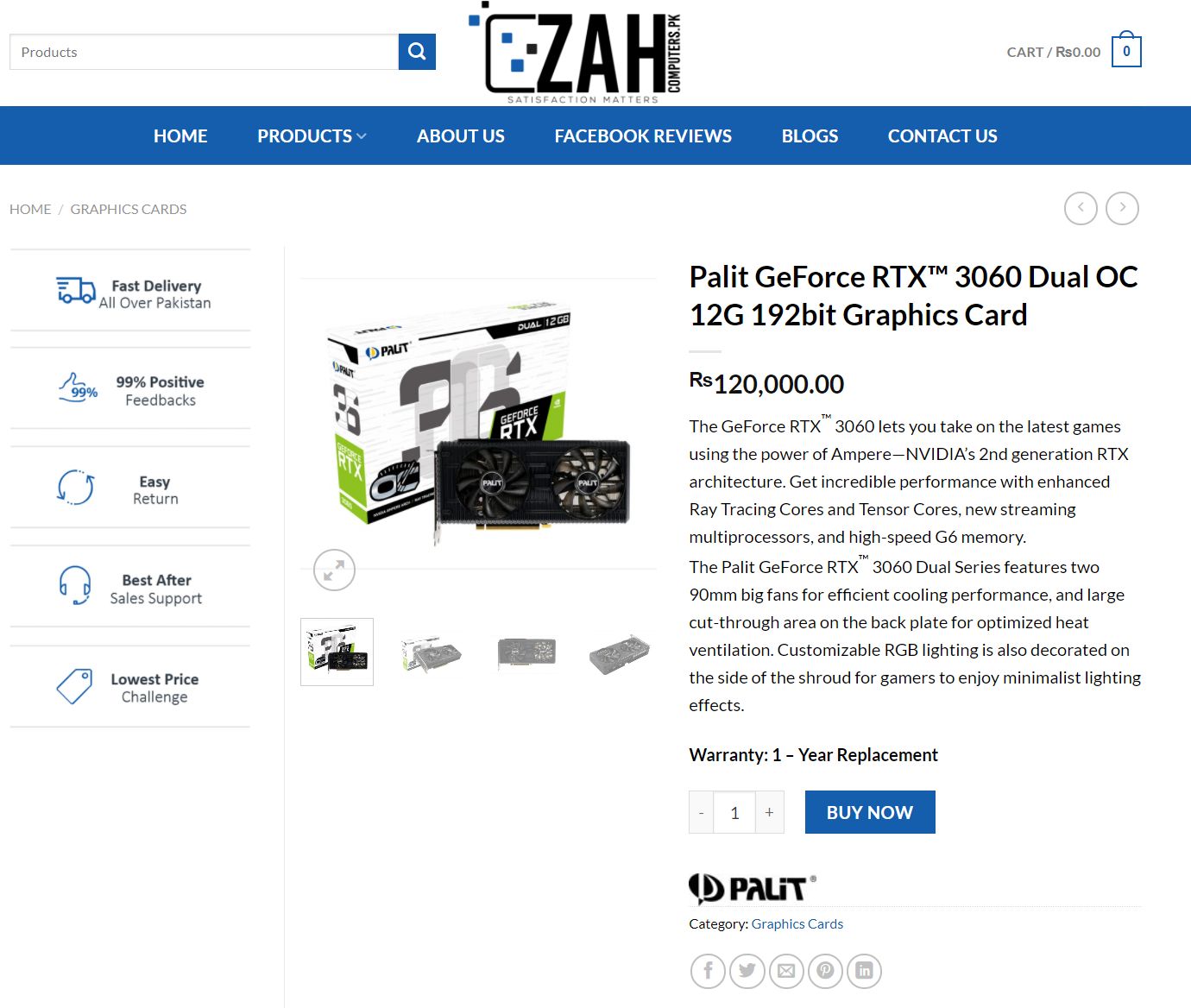