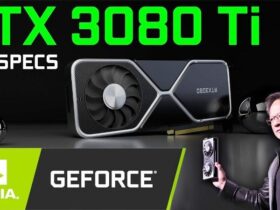 Mortal Kombat 11: Aftermath is the title of the new expansion of the world-famous fighting game. In addition to the arrival of new characters, a new chapter of the story mode is on the horizon, with plots that have never been narrated before. Aftermath expands the story of the main campaign of the title, showing a union between Raiden and the iconic villain Shang Tsung.

The new expansion will also include new cinematic animations and additional characters, that you can in the trailer published at the end of this article. The new characters that will be part of the story are Fujin and Sheeva, and also RoboCop, a guest character who will make his first appearance in the Mortal Komba franchise.

Mortal Kombat 11: Aftermath will be available digitally for PlayStation 4, Xbox One, Nintendo Switch, PC, and Google Stadia starting May 26. Developed by NetherRealm Studios, the expansion broadens the series with a new chapter focused on the theme of trust and betrayal.

The title can be pre-ordered now for $59.99 with digital pre-orders that offer instant access to Mortal Kombat 11 and Kombat Pack at the time of purchase. The physical version will be available from June in the U.S. only. If you already own Mortal Kombat 11, you can pre-order the expansion for $39.99 or Mortal Kombat 11: Aftermath + Kombat Pack Bundle for $49.99.

Mortal Kombat 11: Aftermath will feature the same old Liu Kang as the new guardian of time and protector of the Earthrealm. He is finding himself forced to seek help from unexpected allies and longtime enemies. He is determined to recreate a new universe with the hourglass of Kronica, but to do so he will have to make new allies while the fate of all worlds hangs in the balance.

Among the numerous fighters that players can use, Fujin, the god of the wind, makes his return with his brother Raiden. You can also switch to the playable side with Sheeva, the queen with four arms, half-human and half-dragon, of the ancient Shokan race.

In the wake of the “famous” kombatant but from other universes, RoboCop makes his first appearance, the iconic cybernetic policeman modeled in appearance and features the voice of Peter Weller.

Check the trailer below: