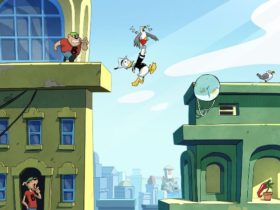 After the outcome of Uncharted 4: A Thief’s End, fans of the Naughty Dog franchise wondered if they would hear about a new game of Nathan Drake and Uncharted. The good news is that the vice president of the studio recently gave fans hope for a comeback.

In one of the broadcasts of RETRO REPLAY, Nolan North and Troy Baker, the stars of the video game Uncharted, were present with the vice president, director and writer of Naughty Dog, Neil Druckmann, who took the opportunity to talk about details of the development of The Last of Us.

In one part of the video, Druckmann touched on the issue of how the developments were decided after the great success of Uncharted 2. According to the creative, Sony has always given them creative freedom and thus they have managed to move from Uncharted to The Last of Us, two of their flagship series. With The Last of Us: Part II the same thing happened, after finishing Uncharted 4. In this sense, the creative then said that after this last installment of the story of Nathan Drake they have not developed another game, but left open the possibility of one day returning to it.

“We made Uncharted 4 and we haven’t made another Uncharted since, maybe one day we will, we’ll see,” Druckmann said, to which Nolan North, voice actor added, “We’ll talk about it,” at 44:18 from the video of RETRO REPLAY.

Take into account that currently the developer in charge of the main series, Naughty Dog, is working on its most ambitious project so far, The Last of Us: Part II. While the title will debut this year (which suggests that the team could soon develop a new installment of Uncharted), you should remember that it was already revealed that the studio will subsequently work in the multiplayer section of the title, which is expected to arrive separately.

That said, we recommend you not expect a new Uncharted within the next few years, although there is always the possibility that the developer has a separate team working on other projects.