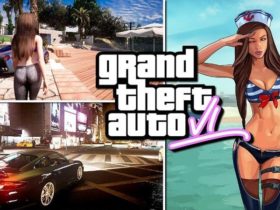 Project GG will be under the direction of Hideki Kamiya and will be inspired by Ultraman.

The expectation around the new game of PlatinumGames has increased after the Japanese company obtained good financial certainty after Tencent’s investment and announced that in addition to development, it will also be an editor and will start publishing its next games. That said, it is known that there are 4 projects under development and a few moments ago information about one of them was revealed.

Through a post on his official account, the Twitter personality, Wario64, revealed important details about one of the next games of PlatinumGames that, in this case, will be directed by Hideki Kamiya. According to the information, the title is codenamed Project GG and will follow the line of Viewtiful Joe and The Wonderful 101, that is, a superhero adventure that will close a trilogy that began with the 2003 title, exclusive to GameCube and that continued with the title of Wii U, for which we will see a remaster soon.

That said, Wario64 mentioned that Project GG will be inspired by the Japanese superhero Ultraman and will be the first game developed and published by PlatinumGames. Also, its launch is scheduled for all platforms.

Finally, the information refers that the other 2 PlatinumGames projects are new IP, not ports and the third remaining project is kept secret and is described as quite interesting.