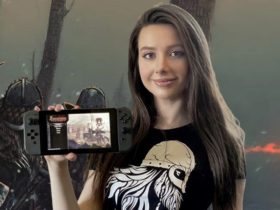 There have been several rumors for some time that Warner Bros. Interactive is preparing a new Batman game developed by WB Montreal. While still unconfirmed, it is said that it could have a huge world.

This rumor came from James Sigfield, an insider who has leaked several supposed details of the upcoming WB Montreal game. In a Twitter comment, he pointed out that Damian Wayne’s canceled game was going to have a “massive” world. This is why he assumes that the new WB Games project would have a bigger world.

“Gotham City was supposed to be MASSIVE in the Damian game, so it’s a safe assumption this one will at least be a little bigger,” were the words of Sigfield.

Gotham City was supposed to be MASSIVE in the Damian game, so it's a safe assumption this one will at least be a little bigger. https://t.co/1NewAhmTyV

It is important that you should take this information with a grain of salt. After all, the source made it clear that it is only an assumption. In addition, it should be made clear that this is unofficial information.

Remember that rumors indicate that the new WB Games game will be a restart of the Dark Knight in the world of video games. This will serve to start a universe of DC Comics. On the other hand, we think you’ll be interested to know that the rumors also say that Batman’s next game will be focused on next-generation consoles.

What is a fact is that, in recent months, WB Games Montreal has shared mysterious teasers of their next game. It also opened a website dedicated to it, so the studio is preparing for a future revelation.

And you, what do you think about these rumors? What do you expect from the next Batman game? Tell us in the comments below.