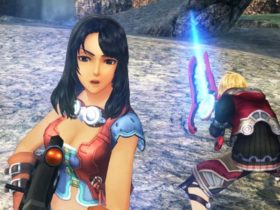 A few days ago, The Pokemon Company released a new chapter of Pokemon: Twilight Wings, the web anime focused on Pokemon Sword & Shield. While the story pleased many, it also bothered others, who accused the anime of racism for a major detail.

What happened is that Bea, the protagonist of the chapter and gym leader in Galar, has a lighter skin tone in Pokemon: Twilight Wings than in Pokemon Sword & Shield. While in the games she appears with a brown skin tone, in the anime her skin looks with lighter shades.

You can check the image that shows Bea’s difference in Pokemon Sword & Shield and Pokemon: Twilight Wings at the top of this news. For many users, this change was another case of whitewashing or whitening. In case you do not know it is a practice in which characters that are from minorities are represented by white actors. In this case, the criticism arises because a character with a dark skin tone was changed to look white.

While there are several voices that have accused racism of the studio responsible for Pokemon Twilight Wings, there are others who think otherwise. In fact, several voices have risen to recognize the difference, but rule out that it is a case of bleaching.

For example, the media Hachima Kikou points out that in Japan there are people who think that Bea’s skin tone looks different because of the lighting of the chapter. Recall that in this episode Bea spends most of the time in sunny places training with her Fight-type Pokemon.

Pokemon Sword & Shield is available exclusively for Nintendo Switch. And what about you, what do you think about this controversy? Tell us in the comments below.