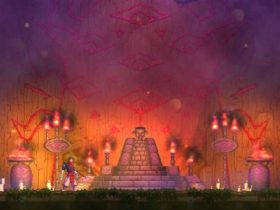 There will be a new Nintendo Direct before the end of February 2020. This was stated by Chris Scullion, a former editor of ONM, the Official Nintendo Magazine in the United Kingdom.

Although there are a few days left until the end of February, there is still room for Scullion for an unannounced Nintendo Direct. The former editor of Official Nintendo Magazine claims that one source – obviously anonymous – has assured him that the company plans to publish a new Nintendo Direct in addition to the one dedicated to Animal Crossing yesterday.

“I have it on pretty good authority that there will be another ‘proper’ Direct later in February (the source has only been wrong once before, but has been spot on plenty of other times),” Scullion stated on his Twitter account.

For Scullion its source is very reliable, it would have been wrong only once, but this does not mean that the words of the source are carved in stone. They are still rumors.

Nintendo has not yet shared the details of its participation in PAX East, which begins next Thursday. Some suspect, therefore, that the company could link the two events and show some of the games it will show at the fair in Direct. Meanwhile, Sony has decided that PAX East will not participate.

Only yesterday we had the opportunity to attend the livestream of Animal Crossing Direct which featured the highly anticipated Animal Crossing: New Horizons, to be released on Nintendo Switch on March 20th.

I have it on pretty good authority that there will be another 'proper' Direct later in February (source has only been wrong once before, but has been spot on plenty of other times).