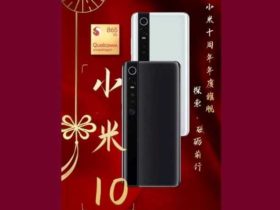 The Nvidia GeForce RTX 3060 Ti graphics card promises to be very popular not only among gamers, but also among mining performance. It is not a secret that the older Nvidia Ampere GPUs demonstrate impressive performance in Ethereum mining, leaving behind direct rivals from AMD.

One of the users of the Chinese forum Chiphell shared the results of his own tests of the GeForce RTX 3060 Ti in Ethereum mining. He managed to “squeeze” 61 MH/s out of the video card, with memory overclocked at 16 GHz (vs 14 GHz), with a power consumption of 120 watts.

For now, the GPU-Z software does not recognize the graphics card, although at least it offers information from the sensors. Recall that the Nvidia GeForce RTX 3060 Ti is the second graphics card based on the Nvidia GA104 GPU. It has 4864 CUDA cores, 152 tensor and 38 RT cores, as well as 8GB of GDDR6 memory with a 256-bit interface.

The official release of GeForce RTX 3060 Ti is scheduled for December 2, the recommended price will be about $399.