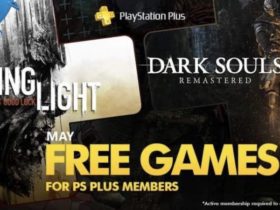 We are getting closer and closer to the expected arrival of the NVIDIA GeForce RTX 3070 video card, which we recall will be available in the west starting from 29 October 2020. More precisely, this time we are dealing with the issue of its availability, a larger supply of RTX 3070 graphics card compared to the RTX 3080 and RTX 3090 stock problems.

In particular, according to what was reported by Dospara, the units available for the launch of the NVIDIA GeForce RTX 3070 GPU should be considerably higher than those seen with the RTX 3080 and RTX 3090. The indiscretion was launched by the PC Watch website, a source close to several Akihabara retailers.

The Asian distributors say that the stock of the RTX 3070 is higher than the other models, although they expect the models to be sold out in the first two hours on October 30, since their sales model also follows a “first-come & first serve” basis even though some Japanese stores use pre-order reservation ticket systems.

There is a theory circulating that the RTX 3080 and RTX 3090 have stock problems due to the fact that Micron is not capable of producing GDDR6X memory in large quantities. If this theory is true, we will see a large stock of RTX 3070 GPUs, as they are using 8 GB of GDDR6 memory.

In the meantime, we remind you that NVIDIA is also preparing a new GeForce RTX 30 GPU to respond against AMD’s Big Navi, which could be the rumored RTX 3070 Ti variant.

As for the RTX 3080 and RTX 3090, Jensen Huang, CEO of NVIDIA, admitted that the availability of these two video cards could remain limited throughout 2020.