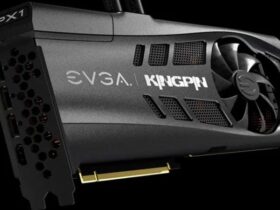 In a turn of events, it seems that NVIDIA will not remain impassive at the imminent launch of the Radeon RX 6000 GPUs and, despite the recent rumors on the possible cancellation of the still hypothetical GeForce RTX 3080 20GB and GeForce RTX 3070 16GB video cards, it may respond in the short term with a new GeForce RTX 30 model.

In essence, the new NVIDIA GPU is equipped with 1536 Cuda Core more than the next GeForce RTX 3070, thus placing itself below the GeForce RTX 3080. We do not know if this new model will take the name of GeForce RTX 3070 Ti (likely at this point), but it seems certain that the amount of VRAM remains lower than what we should see on the Radeon RX 6000 GPUs (i.e. 12GB/16GB VRAMs).

This further indiscretion does nothing but fuel the wait for the AMD Radeon RX 6000 graphics cards, arriving in just four days and apparently with a performance that could worry NVIDIA at the high end of the market.

But the most interesting part would be the price: with around $399 – according to rumors – we could get performances very close to the RTX 2080 Ti or the former top of the range. Only time will clarify this whole scenario.