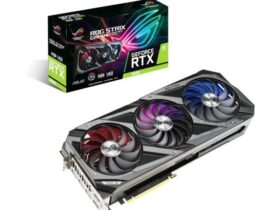 NVIDIA GeForce RTX 3090 graphics cards will have 24 GB of GDDR6X memory. We have already reported this two weeks ago, and now the information has been confirmed by legit sources.

According to sources close to the Videocardz website, there will be 24 GB GDDR6X memory on the NVIDIA GeForce RTX 3090 and 10 GB GDDR6X memory on the RTX 3080. There are a few more rumors about the models that are expected to be released next week. There is a huge difference between the RTX 3090 and RTX 3080 when it comes to VRAM capability, but only these specs have been confirmed for now.

While the GeForce RTX 3080 will have 10GB of GDDR6X memory, it may get an RTX 3080 SUPER GPU variant with 16GB of VRAM in the future. These super cards may also be available in 20GB versions, but for now, it seems there is only the version with 10GB of memory.

Nvidia will use the high-end GA102 GPU for the RTX 3080, which appears to be an upgrade over the previous TU104 core featured in the RTX 2080. This could also mean that the new Ampere card will have higher requirements, aimed at the high-end card enthusiasts. GeForce RTX 3070 is also expected to be announced alongside these two high-end cards, but we don’t have specifics on this SKU yet.

The NVIDIA GeForce RTX 30 ‘Ampere’ line of gaming graphics cards are expected to be announced on September 1st at a digital event that will be hosted by NVIDIA’s CEO Jensen Huang. Stay tuned with us for more information about it.