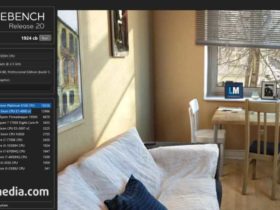 Earlier this week, PlatinumGames was surprised to announce that The Wonderful 101 – a game that originally debuted exclusively for Wii U – will arrive on Nintendo Switch, PlayStation 4 and PC thanks to its self-distribution efforts and community support at Kickstarter. Many have wondered if the same could happen with other games developed by the company, such as the Bayonetta saga. While it seems difficult, the company likes the idea.

In an interview with IGN Japan, Atsushi Inaba, the main producer of PlatinumGames, revealed that the company is interested in taking care of the distribution of the Bayonetta series, as they are doing with The Wonderful 101. That said, they know there are several obstacles that will prevent that from being possible, so fans should not expect to see games like Bayonetta 2 and Bayonetta 3 outside Nintendo consoles.

But what makes bringing the Witch of Umbra’s series to other platforms so difficult? What Inaba said is that it is a franchise that belongs to SEGA and Nintendo. This is why getting the rights to bring Bayonetta 2 to other platforms would be much more expensive than what is required by the rights of The Wonderful 101.

Another point to keep in mind – and that Inaba did not mention in the interview – is that the title has a greater value for Nintendo than The Wonderful 101. After all, the Witch of Umbra is already an icon of action games, while Hideki Kamiya’s Wii U game was a sales failure. So, PlatinumGames would have to make a really attractive offer for Nintendo and SEGA to consider giving up.

Remember that the title is not the only game distributed by PlatinumGames that will hardly reach other platforms. Recently, Inaba declared that he would like to bring Astral Chain to other platforms, but the reality is that it is a decision of Nintendo, not the Japanese studio.

And what about you, do you think that one day we will see the second and third chapter of the game on more platforms? Tell us in the comments below.