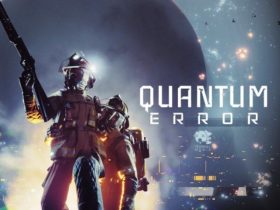 Are you a fan of Saints Row? We have good news that may interest you. The thing is, there are very good reasons to believe that Saints Row: The Third will have a remastered version for the current-gen consoles.

The thing is that the ESRB recently registered Saints Row: The Third Remastered in its database. The organization that is dedicated to classifying video games for sale in the United States indicated that it will release on PC, PlayStation 4 and Xbox One.

Unfortunately, the site does not give us any more interesting information, such as its release date. What it does confirm is that this remastered version retains the M rating that the original carried. Thus, it will continue to be an experience only suitable for adults.

It is important to mention that, at the moment, Deep Silver has not revealed anything about Saints Row: The Third Remastered. Therefore, we recommend taking this information with a grain of salt since there is still the possibility that it could be an error.

The game Saints Row: The Third released on November 15, 2011, for PC, PlayStation 3 and Xbox 360. A port for Nintendo Switch arrived in 2019, and it brought with it all the DLC released so far, and it is likely that Deep Silver intends to do the same with the remastered version. We currently know that Volition is working on something, although at the moment everything is still hidden.

Recall that Saints Row: The Third Remastered could be in development for PC, PS4 and Xbox One.

And what about you, would you like there to play the remastered version of the game? Tell us in the comments below.