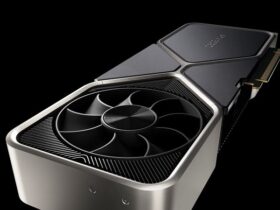 By now there are very few details of the next Samsung Galaxy S20 that we don’t know yet. The next top of the range mobile of Samsung is in fact one of the most anticipated smartphones of the moment and the amount of leaks in recent times has been impressive, as far as we are sure that the carousel will not stop until the official presentation (scheduled for 11 February). Today a new image has leaked that compares the three models of the new series.

The photo you can see at the top of the article allows you to understand at a glance the size differences between the three variants and how bulky the photographic sector on the back will be. Even if the shot is not exactly flat and there are several blurs, it is possible to perceive the size composed of Samsung Galaxy S20 (6.2″ display), Galaxy S20+ (6.7″) and Galaxy S20 Ultra (6.9″).

In particular, it can be seen that the latter’s cameras are particularly protruding with respect to the others. Obviously we will have to wait for a more in-depth report to avoid falling into optical illusions dictated by shadow games.

After all, even if the stickers suggest that they are actually the original smartphones, there is no way to understand if on the contrary, they are well-made dummy models.