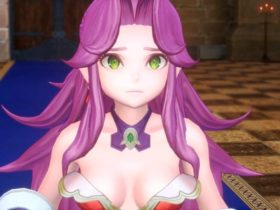 In recent months it has become clear that Microsoft is in search of Japanese developers who are interested in joining Xbox Game Studios or developing titles for their family console. Although at the beginning of the present generation there was a close relationship with PlatinumGames, the title, Scalebound, did not come to fruition and was canceled, so many thought that there would no longer be a relationship between the two companies. However, it seems that Microsoft was still interested to such an extent that they wanted to buy it.

According to the reporter and editor of Thurrott, Brad Sams, last year Microsoft was in talks with PlatinumGames with the intention of buying the studio. However, this did not prosper and at some point in the process they gave up or both parties decided to opt for other alternatives.

Remember that the Japanese developer for some months expressed that it wanted to work on its own projects instead of developing external properties. Fortunately for the studio, the distribution giant Tencent was interested in these plans and reached an agreement with it.

However, to choose the Chinese company, PlatinumGames had to talk over the past year with multiple companies that were interested in financing their projects, as stated by Daniel Ahmad, a renowned analyst at Niko Partners.

For its part, Microsoft is still in search of developers with a different approach to Western companies and recently went to Japan to talk with developers and distributors, in addition to showing that there will be some surprises for this year.

They were looking for funding so were talking to a lot of companies last year, yeh.

What do you think about this? Would you have liked Microsoft to partner with PlatinumGames? Do you still remember Scalebound? Tell us in the comments below.

As for PlatinumGames, everything seems to indicate that 2020 will be a great year for its followers, as the company announced that many interesting things are coming and that they are not long in coming. Part of these surprises could be an announcement related to The Wonderful 101, according to a mysterious photograph of Hideki Kamiya.