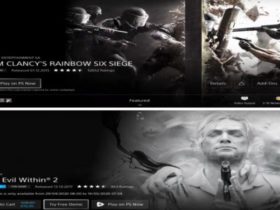 PlayStation Now May 2020 Confirmed with Rainbow Six Siege, The Evil Within 2, & Get Even

PlatinumGames wants to bring The Wonderful 101 to Nintendo Switch is something that the studio itself has confirmed. So much so that they have even done a market study to see if there really is interest in it from the public and have asked the fans for patience.

For now, we continue to provide information without any official announcement about it and the only way to enjoy this crazy and fun action game is to have a Wii U and a copy of it, although now the studio wants to have some fun with fans posting a photo on Twitter that has triggered all alarms.

In it they show us Hideki Kamiya, creator of the game (among other great works like Bayonetta or Resident Evil 2) apparently smiling at the camera while someone photobombing in the background. However, on the desk, we can see that the monitor has the company logo with a very specific time: 1:01, and just across the table a Nintendo Switch.

This has led many fans to think that it is more than a coincidence to put in the same image the number 101, the creator of the work and the current Nintendo console. Obviously, this does not necessarily mean anything or that the port of The Wonderful 101 to Switch is going to be announced, as it could be a simple “troll” by the studio or a mere coincidence, so we recommend, for now, to contain your expectations to avoid possible disappointments.

The Wonderful 101 was an exclusive Wii U game whose director was Hideki Kamiya. Like many other titles of the studio, it was a frantic and spectacular action-adventure, although it was committed to very original gameplay that led us to embody a group formed by 100 superheroes, being able to use their bodies to create great weapons and even vehicles and structures to break through the stage.