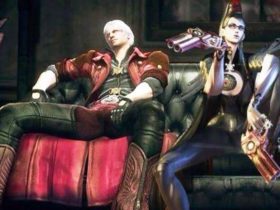 As part of a survey, Sony would like to know from the players which remote play features they would like to see in the future. This includes an expansion to other platforms such as the Nintendo Switch.

Sony appears to have started a new poll that asked the company what players wanted to see on their console sooner or later. Among other things, an extension of the remote play functions was questioned.

For example, Sony asked whether players would be interested in using Remote Play in combination with the Nintendo Switch, AppleTV or AndroidTV. So far, the PS4 remote play supports mobile systems and the PlayStation Vita.

Given that the PlayStation Vita is quite old now, it wouldn’t be too much of a surprise if Sony wanted to offer the remote play feature on other platforms.

The offline remote play, an “on-the-go” DualShock controller for shooting sessions outside your own four walls, the support of PS1 and PS2 games and other possible features were also questioned:

It should be noted that not all questions have to reflect active developments. Ultimately, the survey is a means of collecting player feedback. However, most players should be more interested in what the PS5, which will appear at the end of the year, has to offer.

But even if the survey primarily addresses the PS4, it can hardly be assumed that Sony will make major changes to the current console, even if there are more than 100 million copies in circulation. PS5 owners are more likely to benefit from the results of the survey.

When exactly the PS5 will be on the market is still unclear.